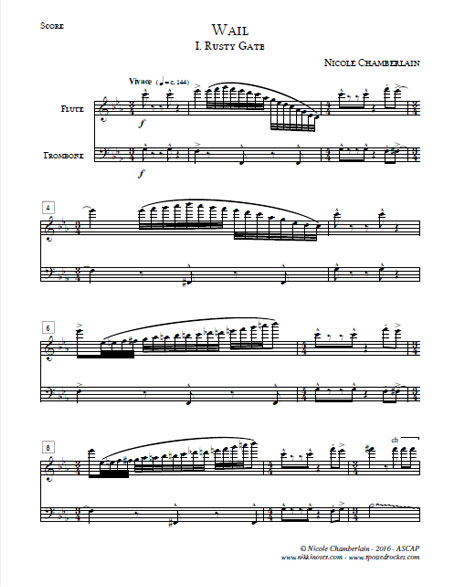 Wail was commissioned by flutist Dr. Shelley Martinson to perform with her husband trombonist Philip Martinson. The work is separated into three movements allowing each player to play out and exhibit the possibilities available on each instrument and displaying similarities between two completely different instruments. The first is "Rusty Gate" which is slang for someone who can't swing. The second movement, "Noir", is inspired by the film scores found in the film noir movement in the 1940's and 50's. Finally, the last movement is "Bender" which is a play of words of having a wild time and bending of pitches.